Food donations to the canteen of the Sissédougou School Group 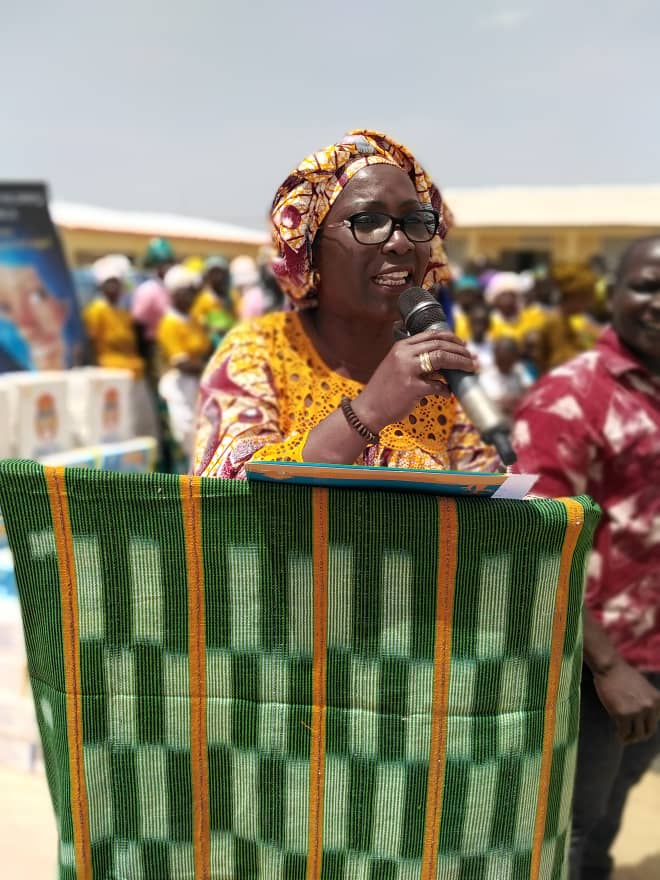 The Children Of Africa Foundation donated food to the canteen of the School Group of Sissédougou, a locality located in the Bagoué region, on Thursday 12 March 2020.

The ceremony which took place within the school witnessed the participation of authorities, elected officials, Directors and people of the locality. the Children Of Africa Foundation was represented by Ms. Cissé Aïssatou, Head of Education Department and Ms. Durand Béatrice, Head of Social Affairs Department.

Built by the Association des Amis et Sympathisants of Sissédougou, this canteen will not only allow children living far from the school to eat on site, but also encourage the population to send their children to school.

Mrs. Cissé Aïssatou, Head of Training and Education of the Children Of Africa Foundation welcomed the improvement of the educational system in this locality.  She explained the importance of a school canteen in the education of children. "(...) To study, learn and understand, the child needs to be fulfilled and balanced. The school canteen is essential because it helps to improve the students’ success rate and reduces absenteeism. A child who eats enough at lunch is always regular and school performance is improved," explained Ms. Cissé.  She also stressed that these donations aim not only to support but also to encourage people to send their children to school.   She ended by encouraging children to work in order to be among the best.

Mr. Bla Kouassi Séraphin, Sub-Prefect of Ganaoni took the opportunity to express his thanks to the Children Of Africa Foundation for these donations.

Mr Koula Jean Head  of the Modern Highschool of Ganaoni thanked Mrs Dominique Ouattara for her actions to promote education. We appreciate  your effort to promote children access to education because education leadds  us into development, education frees us from obscurantism," he said.

Mrs. Fofana Kadidjatou Gon, President of the Association des Amis et Sympathisants of Sissédougou also expressed her thanks to the First Lady.  She stressed the importance that Mrs. Dominique Ouattara attaches to improving the education of children.

Encouraging parents to send their children to school

Food donations to the canteen of the Sissédougou School Group