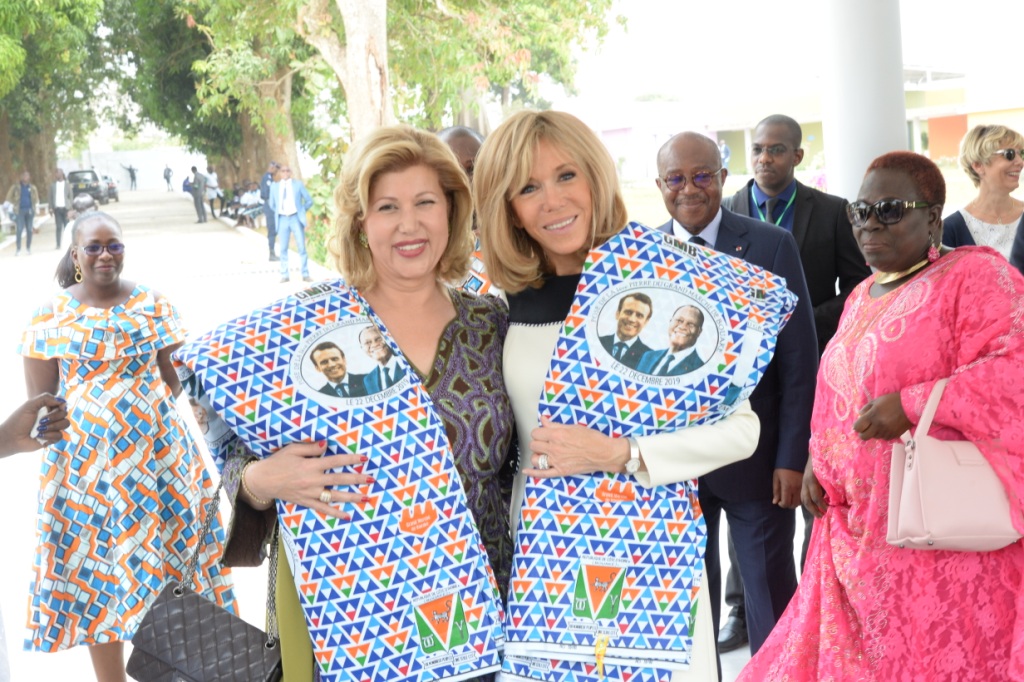 On an official visit with her husband to attend the tribute ceremony to French soldiers who died on duty in Côte d'Ivoire in November 2004, Mrs. Brigitte Macron has decided to pay a visit to residents of the rehabilitation center for children built by the Children Of Africa Foundation to help disadvantaged children. Inaugurated on 5th December, the centre welcomes about forty children in danger and in conflict with the law. The First Lady of France had the opportunity to see that  the centre is open and functionning. The two First Ladies were accompanied during this visit by Mr. Sansan Kambilé, Minister of Justice and Human Rights. Well before the guided tour, Mrs. Nadine Sangaré, Director of the Children Of Africa Foundation presented the centre to Mrs. Brigitte Macron. Mrs. Sangaré mentionned that the centre was built by the Children Of Africa Foundation thanks to the financial support of its partners. It is the second center built after the one in Soubré. She told the wife of President Macron that the centre will be run by the Ministry of Justice and Human Rights to enable the social reintegration of children in conflict with the law. She further indicated that it is built on an area of 3 hectares and has a capacity of 80 beds. There is also a large multi-purpose room, a library, computer equipment with internet access, a television room, a dining room with 80 seats, a loom room and many other facilities to help the kids live in an ideal environment.

Mr. Sansan Kambilé, Minister of Justice and Human Rights said that the Bouaké rehabilitation centre for children aims to enable the reintegration of children at risk.. After the visit, the two First Ladies had a short interaction with the kids. The young Adou Yao Juvénal, on behalf of the residents, thanked Mrs Dominique Ouattara and Mrs Brigitte Macron for their commitment to children. He promised on behalf of all the young residents to seize this new opportunity offered to them. Mrs. Macron took this opportunity to express her congratulations to the residents. According to President Macron's wife, they have the right to build a new life.

"It is impossible when a child or teenager has gone off the road to put them in prison. So that's the kind of place where you really give them a chance because you're going to train them and you're going to show them that you trust them. I'm sure it's the best solution. We absolutely have to encourage this kind of opportunity. I would like to thank Ms. Dominique Ouattara for everything she does for the children of Côte d'Ivoire," said Ms. Brigitte Macron.

"I am very happy that Ms. Macron found time to visit the rehabilitation centre for minors in Bouake. I am happy that the children were able to talk with her a little," said Ms. Dominique Ouattara.

Inauguration of the Reintegration Centre for Children in Bouaké