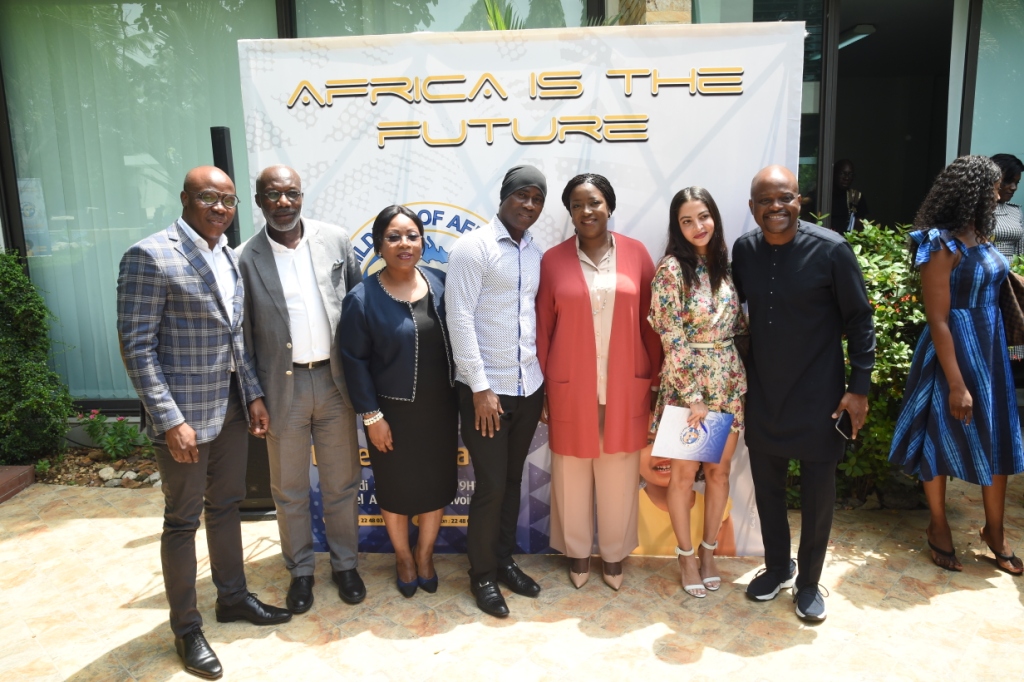 The Children Of Africa Foundation of Mrs. Dominique Ouattara organizes its 8th gala dinner around the theme: "Africa is the future" on Friday, April 03, 2020 at the Palais des Congrès of the Sofitel Abidjan Hotel Ivoire.

The information on this evening of the heart was given during a press conference held by Nadine Sangaré, Director of the Ivory Coast of the Children Of Africa Foundation and the organizing team of the gala dinner, Monday, February 24, 2020 at the headquarters of the Foundation of Mrs. Dominique Ouattara.

Lifting the veil on the purpose of this 8th edition of the gala dinner, Mrs. Nadine Sangaré revealed that the funds raised during this dinner will allow the reconstruction and extension of the Children's Hut, the first Children Of Africa's children's center built since 1998.  The cost of this project is 2.5 billion CFA francs. However, according to Mrs. Sangaré, the evening will raise a total of 4 billion CFA francs.  This amount will not only finance the reconstruction of the Children's Hut but also to carry out other humanitarian projects of the Children Of Africa Foundation.

Returning to the theme of this 8th edition, Mrs. Nadine Sangaré maintained that this gala dinner is intended to put Africa back at the heart of humanity and as a continent of all hopes. "We have chosen this theme in honor of all the children of Africa, those for whom the Children of Africa Foundation has been working for over 20 years to ensure a better future," she said.

Mrs. Nadine Sangaré presented the Children's Hut.  Also, according to the Director of Children Of Africa, since its inception, the Children's Home has taken care of more than a thousand children in distress, offering them all the necessary care in a warm home provided by a qualified staff supported by nuns. The children of La Case attend school and participate in socio-cultural and sports activities. "Several former residents of La Case who are now adults, are successfully integrated into society and have a full life. Therefore, we can safely say that the Case des Enfants is a haven of peace and happiness for children in distress", revealed Mrs. Sangaré.

Taking advantage of this opportunity, the Country Director of Children Of Africa gave an overview of the Foundation's activities from its creation in 1998 to today.  In the health sector, the Children Of Africa Foundation has built the Mother and Child Hospital of Bingerville, vaccination campaigns against meningitis and typhoid fever which have enabled the care of more than 84,000 children with more than 143,000 dewormed.  The ophthalmological caravan has followed up on 80,000 children, and maternity hospitals and health centers have been equipped. In the education sector, the Foundation has built a high school in Kong, introduced more than 255,164 children to reading and computers free of charge thanks to 9 mobile libraries that travel throughout the communes of Abidjan and the interior of the country.  The distribution of thousands of school kits to underprivileged children throughout the country at the beginning of each school year. In the social sector, the Foundation has initiated the construction of three (03) centers. The first one in Soubré, the second one in Bouaké and the last one in completion in Ferkessédougou. The organization of Christmas trees at the Presidential Palace for more than 3,500 children and the distribution of 15,000 toys throughout the country each year. And finally, the granting of subsidies to 15 NGOs in 12 African countries including Côte d'Ivoire.

Adou Benié, architect presented the new project of the Children Of Africa Foundation. He explained that this project is about increasing the capacity of the Children's Home. Also, it will involve rebuilding and expanding the old reception center.  For this new project, the new project will be designed on a total area of 6.807 m2 for a built area of 1.635 m2.  The construction work will take 12 to 14 months.

Fabrice Sawegnon, Chairman and CEO of the Voodoo Group presented the main features of the gala evening. Returning to the theme of this evening, he said that this theme aims to put Africa back at the heart of development in the world.  He also indicated that a total of 900 participants from Africa and other continents are expected on the shores of the Ebrié Lagoon for this gala evening.

Mrs. Zeina Hijazi, Director General of Cock6nel, spoke about the concept of the gala dinner in relation to the theme: "Africa is the Future".  According to Ms. Hijazi, the overall tone of the event will be future-oriented in terms of content, art scene and decor. All the details of the ceremony will immerse the guests in an Africa of the future.

For Mr. Georges Momboye, choreographer, the concept of the gala dinner show will be based on the visual.  According to him, the spectators will not only be bathed in light but will be an integral part of the show.

Note that the Case des Enfants, the first reception center of the Children Of Africa Foundation was created in 1998. It is intended for orphans, abused children and children living on the street.