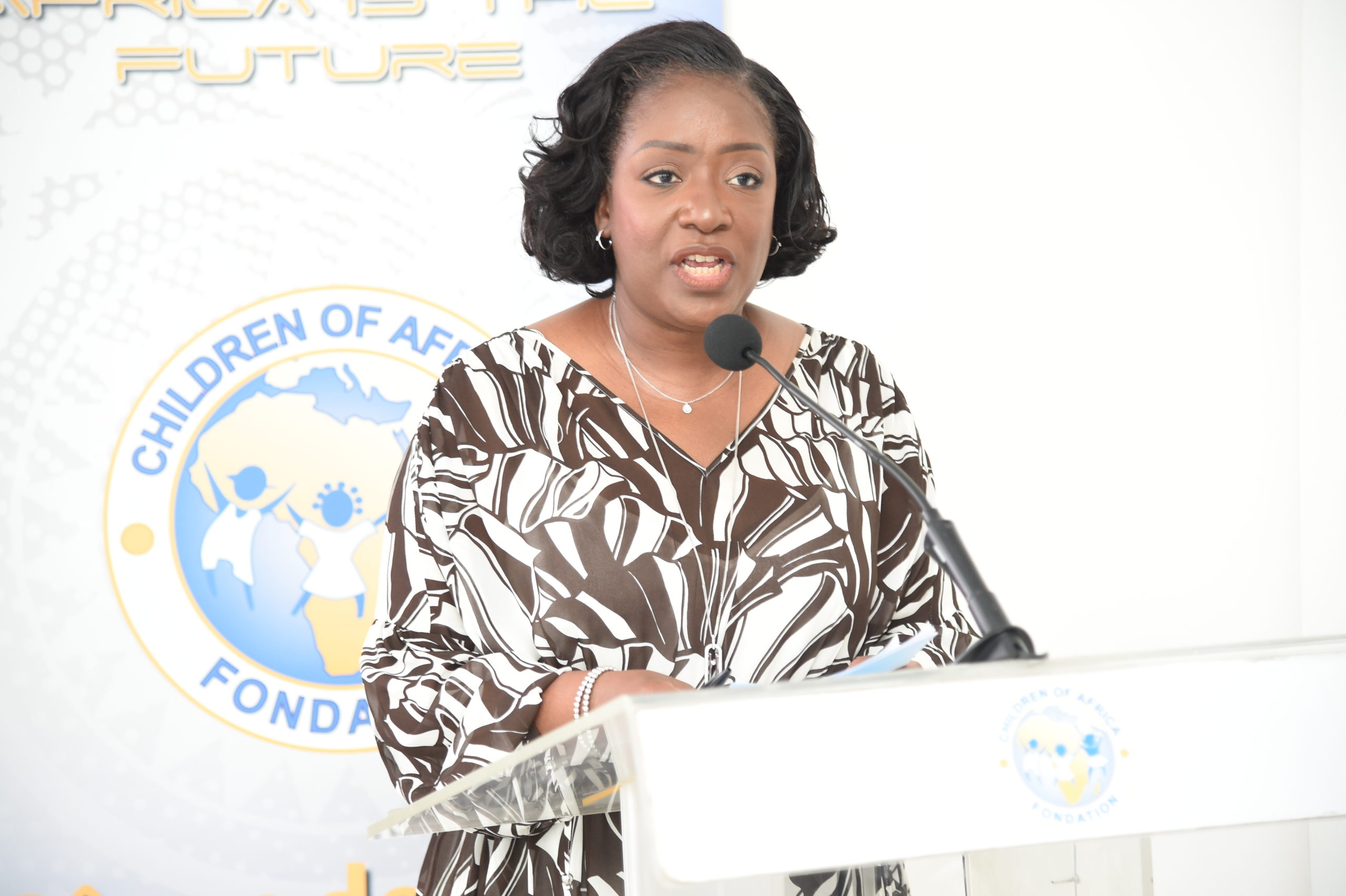 The Children Of Africa Foundation is organizing its 8th Charity Dinner on Friday, March 11, 2022, at the Congress Hall of the Sofitel Abidjan Hotel Ivoire.

The announcement was made on Monday, February 21, 2022, during a press conference which witnessed the participation of the national news agencies.

The 8th edition of the charity gala of the Foundation chaired by Mrs. Dominique Ouattara is called: "Africa is the Future". The funds raised during this event will be used to renovate the Children Of Africa Foundation’s first shelter for children and to build a center for gender-based violence victims (GBV) in Adiaké. The goal is to raise  four (4) billion CFA to carry out these two projects.

The honour was given to Mrs. Nadine Sangaré, Country Director of the Children of Africa Foundation, to recall  the context of the gala dinner. Talking about this year’s theme, Mrs. Nadine Sangaré recalled that children are at the top of the foundation’s priorities. "(...) the Children Of Africa Foundation has been working for over 20 years to ensure a better future for kids, it was important for us to chose a theme which pays tribute to them " explained Ms. Nadine Sangaré. She also took the opportunity to present the Foundation’s actions and achievements.

Adou Benié, Architect at the A+A Architectural Firm, presented the construction plan of the two projects. According to the architect, the center for GBV victims will be built on a 16,300 m2 area in the city of Adiaké. It will have the same design as the three (03) centers that the Children Of Africa Foundation has already built. There will be single rooms, double rooms, and also dormitories to receive women with kids.

Fabrice Sawegnon, Chairman and CEO of Voodoo Group, presented the concept and content of the event. According to him, the ceremony focuses on solidarity actions and more specifically, solidarity actions for kids. He also thinks that the Children Of Africa Foundation wants to give all children the chance to play a role in the future. Talking about the show he said there will be ballets and songs performances by Ivorian and international artists. It is also important to note that the event will see the participation of national and international celebrities.

The conference ended with a cocktail.