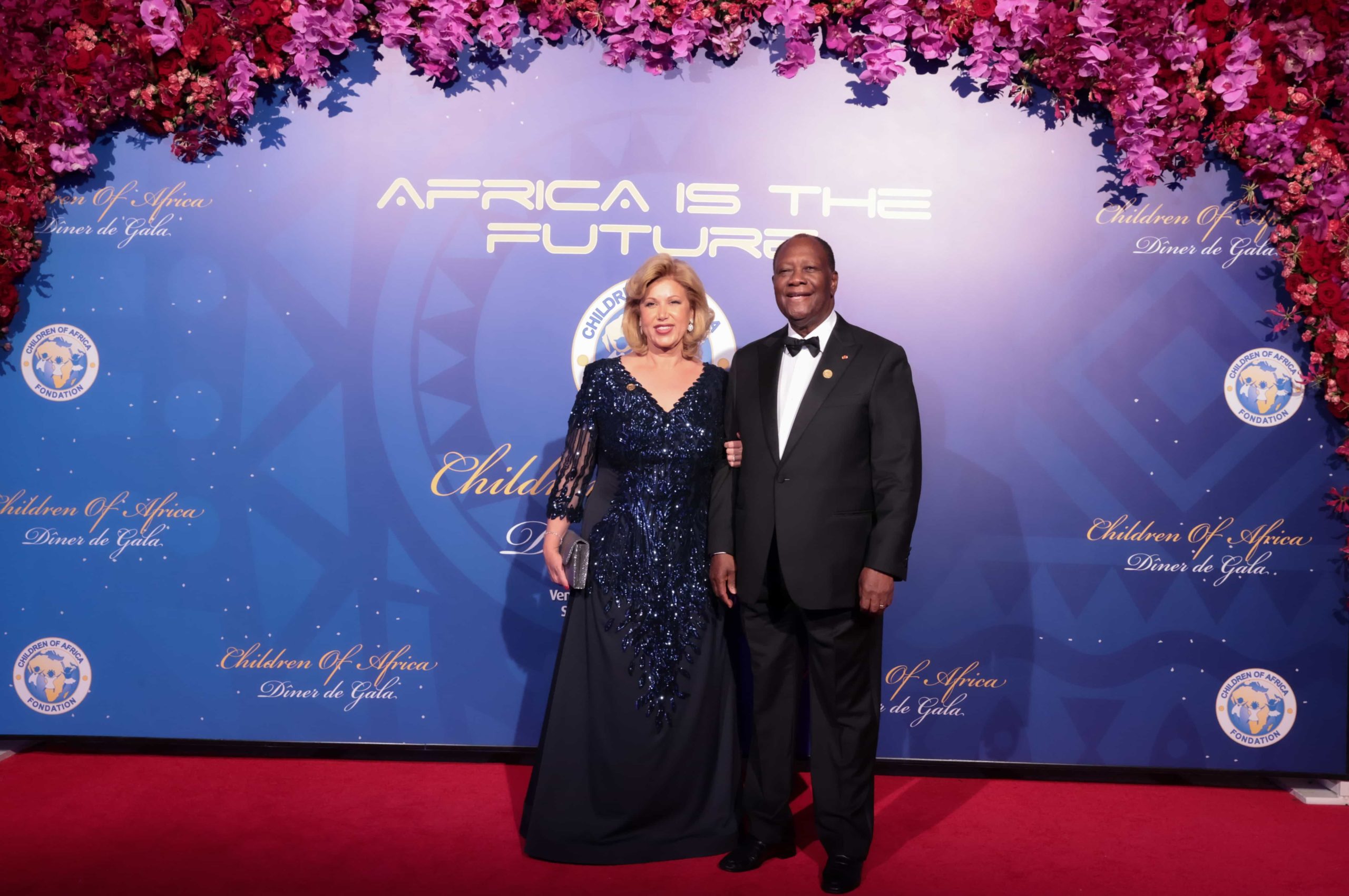 The 8th edition of the Gala Dinner of the Children Of Africa Foundation has kept all its promises. The guests of the gala evening, who came from all over the world, joined together on Friday, March 11, 2022, at the Palais des Congrès of the Sofitel Abidjan Hotel Ivoire, to support children at risk and women victims of gender-based violence (GBV).

The charity ceremony witnessed the presence of H.E. Alassane Ouattara, President of the Republic of Côte d'Ivoire, Princess Ira de Fürstenberg, Mr. Nicolas Sarkozy, former President of France, government ministers, institutions officials, personalities and celebrities from all over the world.

This 8th Gala Dinner organized by the Children Of Africa Foundation aims at raising four (4) billion F CFA for the construction of a Reception Center for abused women and for the renovation of the foundation’s first Reception Center for children called "la case des enfants". Two major projects that are essential for the well-being of people in difficult situations for which Mrs. Dominique Ouattara, President of Children Of Africa, appealed to the generosity of donors and guests. This year’s theme is set as "Africa is the Future".

For the occasion, the hotel auditorium was entirely dressed in a coat of exotic flowers.

Mrs. Dominique Ouattara, Founding President of Children Of Africa took this opportunity to express her thanks to the generous donors and guests for their support during the previous gala held in 2018. It was their contribution which helped the foundation in building a school complex in the neighbourhood of Abobo to provide kids with quality education. Also, according to the Founder of Children Of Africa, the school has recorded a success rate of 100% in the final school exams. "Our commitment is to offer a good education to children in difficult situations regardless of their social background, for them to also have a brighter future said Mrs. Dominique Ouattara. Finally, the wife of the Head of State presented the two (2) new projects of the Children Of Africa Foundation. Mrs. Dominique Ouattara called on donors and guests to raise funds which will be used to  help abused women in Côte d'Ivoire. "(...) We are planning to build a shelter for women victims of violence in the city of Adiaké on the edge of the lagoon, 94 kilometers from Abidjan," she revealed. This center will be built on an area of 1.6 hectares with a capacity of 80 beds. The cost of this project is estimated at 2 billion CFA francs. The second project is the renovation of the Children's Home. We want to increase the capacity of this shelter which has been taking in, giving hope and affection, and quality education to thousands of children in difficult situations for more than 24 years. This last project will also cost two (2) billion F CFA. We need to raise four (4) billion F CFA to be able to implement these important projects.

We raised through the auction 485 million CFA francs

The evening ended with a performance by a live band.